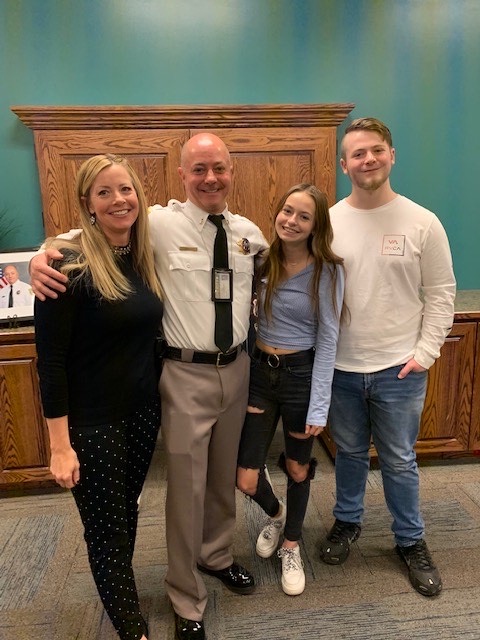 Jason Sorensen, a 20 year retired Davis County Sheriffs Office lieutenant, Life Flight hoist paramedic & pilot was in a horrific plane crash while flying with a friend on Thursday, June 25, in Centerville, Utah. Due to the critical and extensive injuries to Jason, he is in critical condition in the ICU at the U of U burn center. He suffered extensive burns, multiple fractures to his legs, arms, pelvis and hips. Jason has successfully came through two surgeries, one of which required his legs amputated from the knee down. The second surgery was to repair fractured femurs on both legs. He has multiple and extensive surgeries ahead of him, as well as treatment and care of his burns. He has insurance, but is considered out of network.

Jason has spent his life and career in service of others saving countless lives as an officer and paramedic. He not only worked at Life Flight as a medic for the past 15 years but recently began a career as a pilot for Life Flight, bringing life-saving organs, as well as patients, from across the country and finding another way to make an impact on the lives of so many.

Those who knew Jason know him as a selfless, genuine, and kind man. His wife Amy, their two children, and extended family need our love, support and all the positive thoughts we can give. He has a long road ahead and is still in critical condition currently due to the extensive trauma and burns he suffered. Two bystanders, also heroes, risked their lives that day pulling Jason and his friend out of the burning plane. We all believe their actions are the main reason he is here and fighting right now, as well as the actions of the paramedics, EMTs, doctors, surgeons, and the Life Flight crew that worked so hard to keep him alive.

Everyone, the Sorensen family needs all our help right now. If you can donate please do. We have set a goal of $50,000 and hope to surpass it. There is also a charitable account at America First credit Union under Jason’s name. The cost and medical expenses will be astronomical and anything you can do to help relieve that burden for the family will be appreciated. These are the only two charitable accounts that are verified and all monies will be given directly to his family.

By accepting you will be accessing a service provided by a third-party external to https://www.daviscountyfop.org/